Now the char is showing up in more volume every day.  Eidur Valdemarsson went to lake Þingvellir this morgning and was very happy with the result since he got many nice chars.

There were many chars around and it was in the correct mood for taking the fly! They were 3 fellows fishing in fishing area called Vatnskot.  Siggi Valli got one char, Jón got 6 nice chars and even got two on at once, when he fished with a dropper.  Eidur Valdemarsson landed 7 chars.  They were using long leader, with striking indicator and used small nymphs.  It is amazing to fish lake Þingvellir when the char is in the mood!

Below are some picture taken this morning by Eidur and his friends. 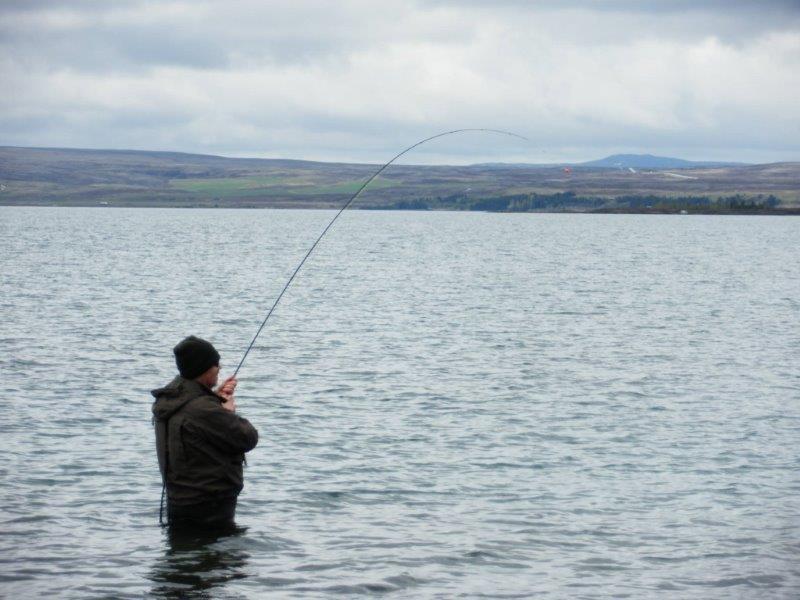 Jón with one char that took his fly! 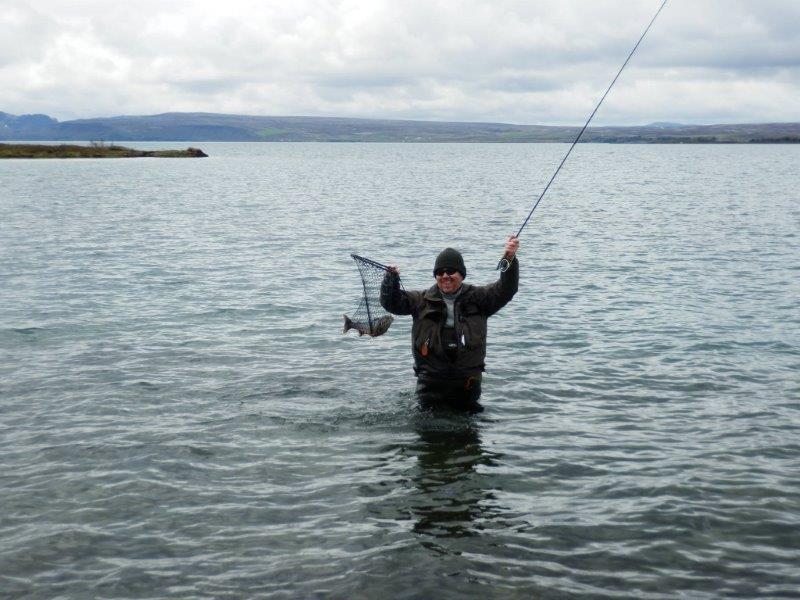 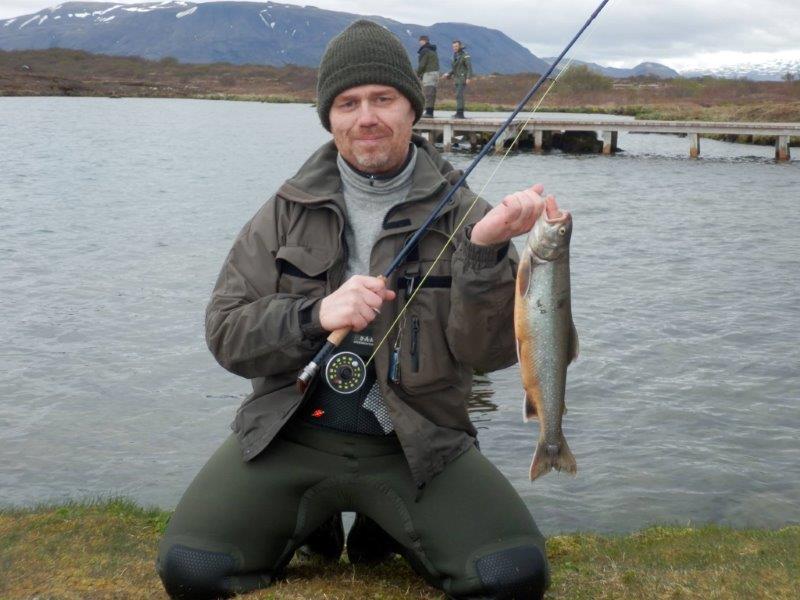 Jón with a nice char. 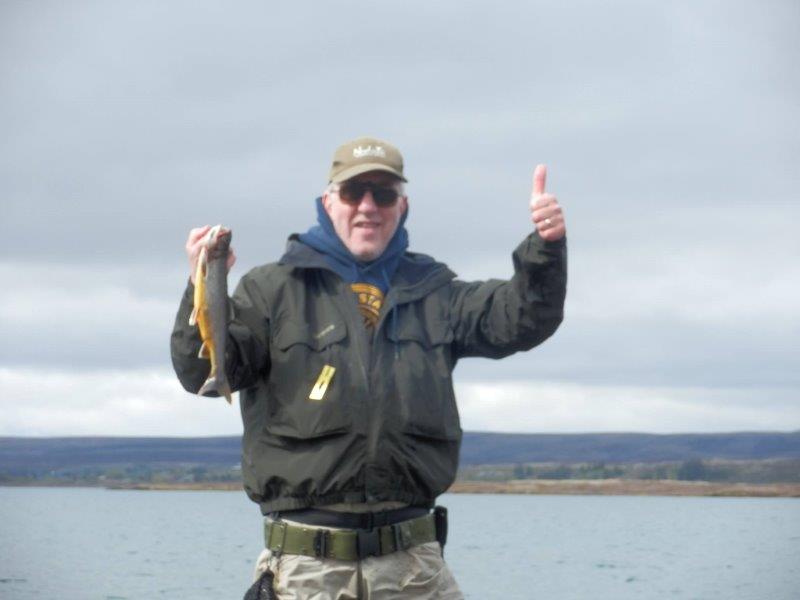 Siggi Valli happy with his char! 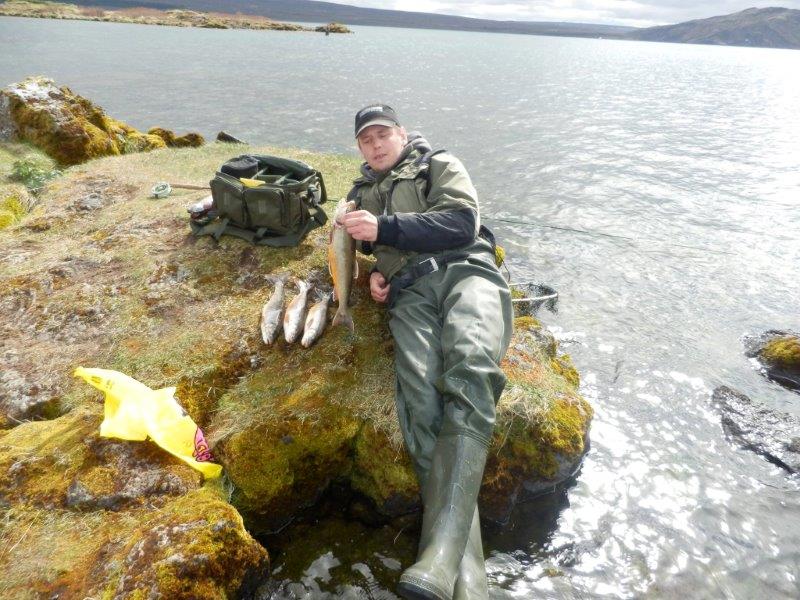 Eiður relaxing after he got 4 nice chars. 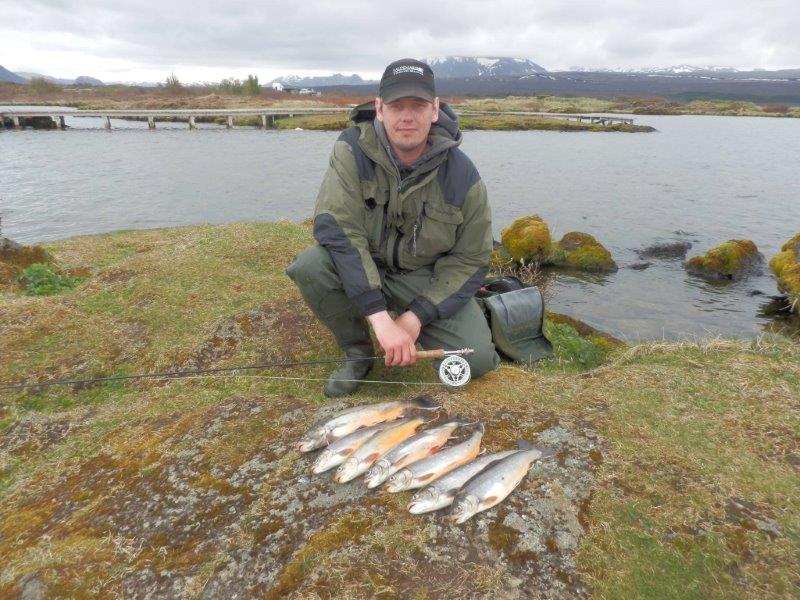