Last days have been amazing in lake Þingvallavatn.  Many personal records have been broken and many 20+ pounders have been landed there. Hundreds of huge trouts have been catched and release there, but recently the landowners changed the rules there so you must release those giants… at least until 1st of June.

Þorsteinn Stefánsson is one of the efficient fishermen.  He has got many nice fishes… here below are pictures from some of them. 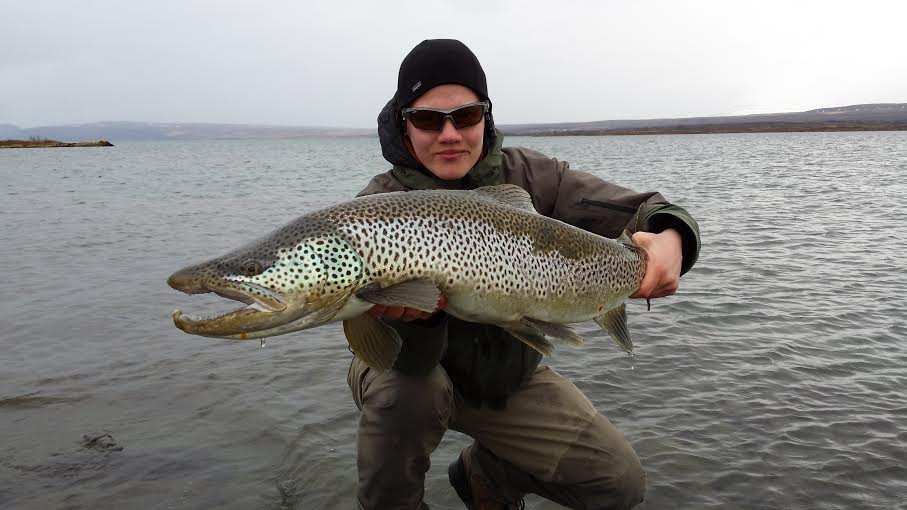 Þorsteinn with a trophy brown trout, 93cm and  50cm around the belly.  What a fish! 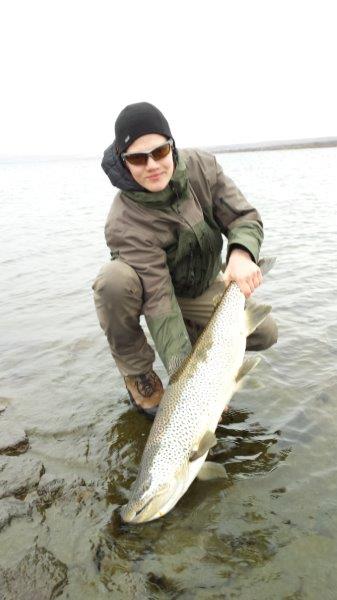 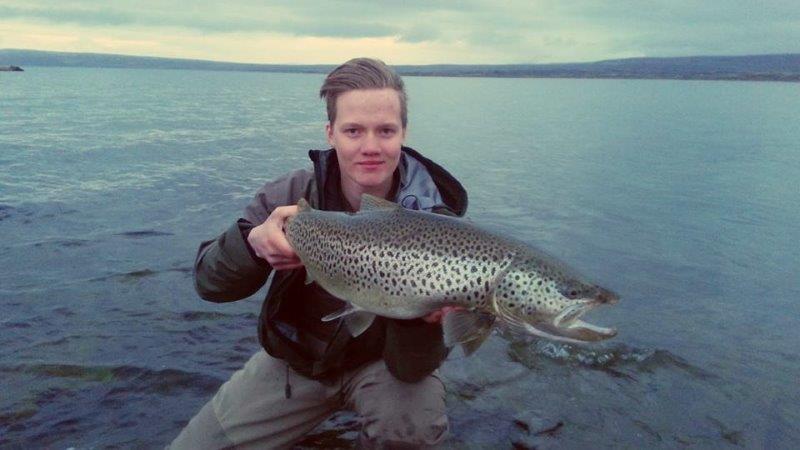 Here is Þorsteinn with another nice fish. 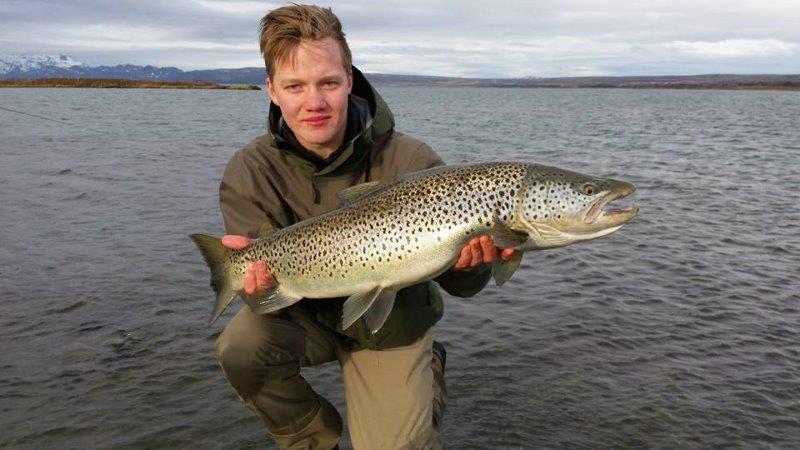 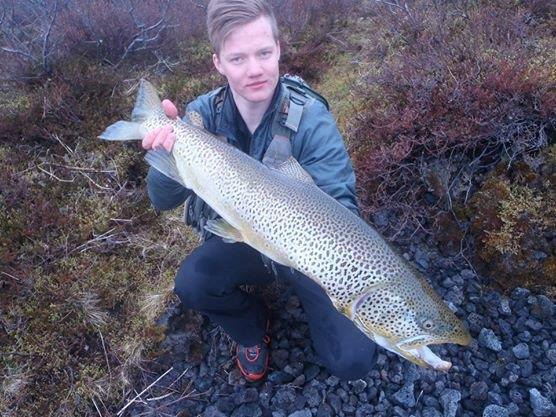 Here Þorsteinn is with a 89cm trout that was 40 cm around the belly from the 30th of April. 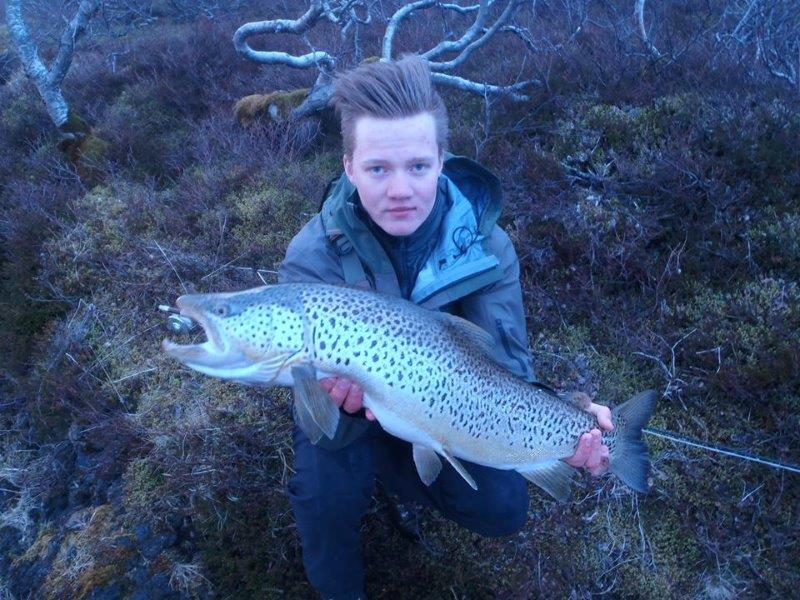 Another smaller taken the same day, 30th of April.

Emil Gústafsson got this nice fish on the 2nd of May. 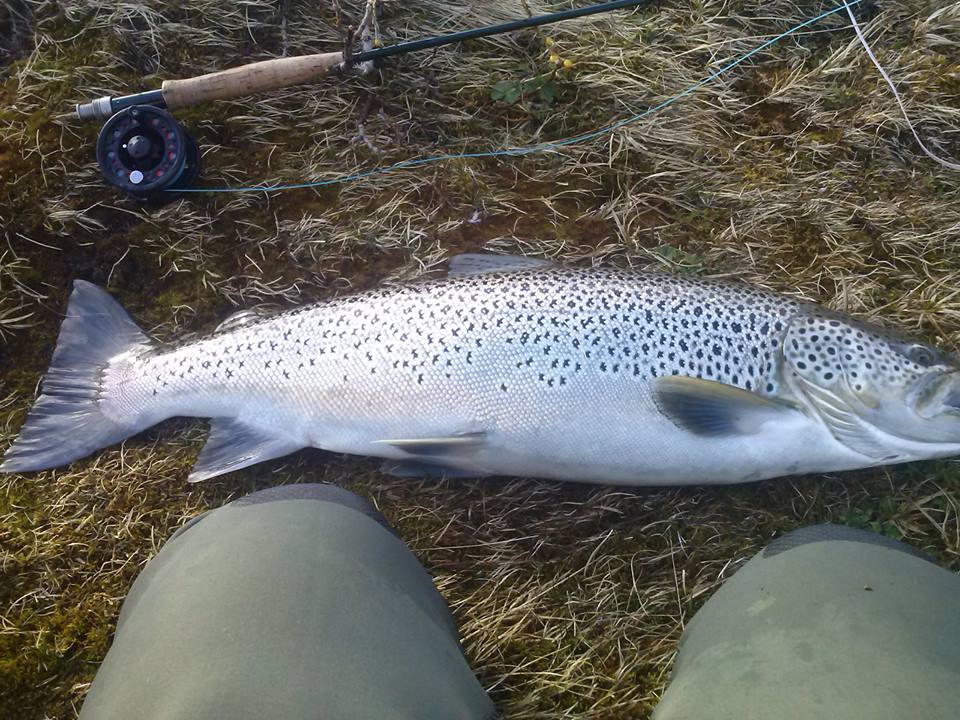 Here is 84cm trout that  Emilgot the 2nd of May on White Nobbler.

Halldór Gunnarsson got this nice fish below, 84cm brown trout.  It is wounded after fight with another male trout, but they fish for the the female attention.  Those wound marks grown rather fast in the lake but he will allways show some scares from the battle. 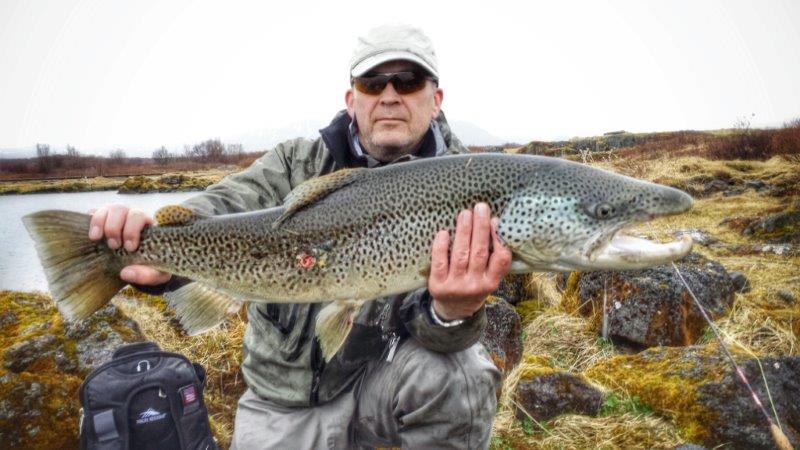 Here you can see the wound that male trout got in a fight with another male trout!

Arnar Jón Agnarsson went there on the 29of Apríl. It only took some minutes for him to land this nice fish below. 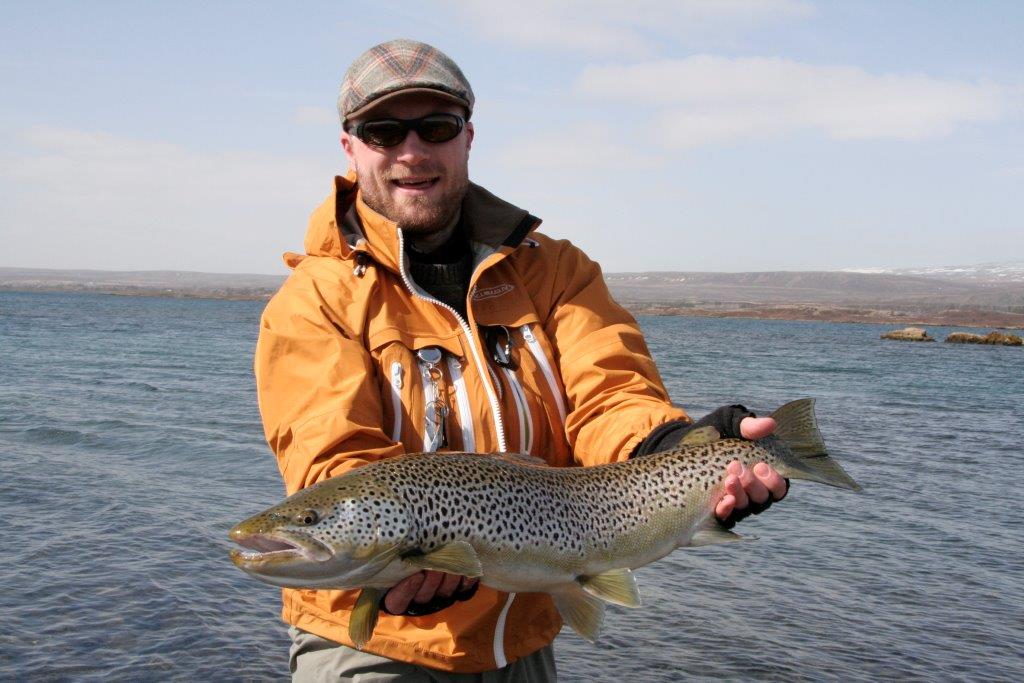 Arnar Jón Agnarsson with 74cm trout that was 33cm around the belly.  Landed in the Vatnskot beat.

We also heard from Jens- Olaf Edgren, but he has been around fishing this summer.  He love lake Þingvallavatn and he got 3 nice trouts there on the 29th of April. 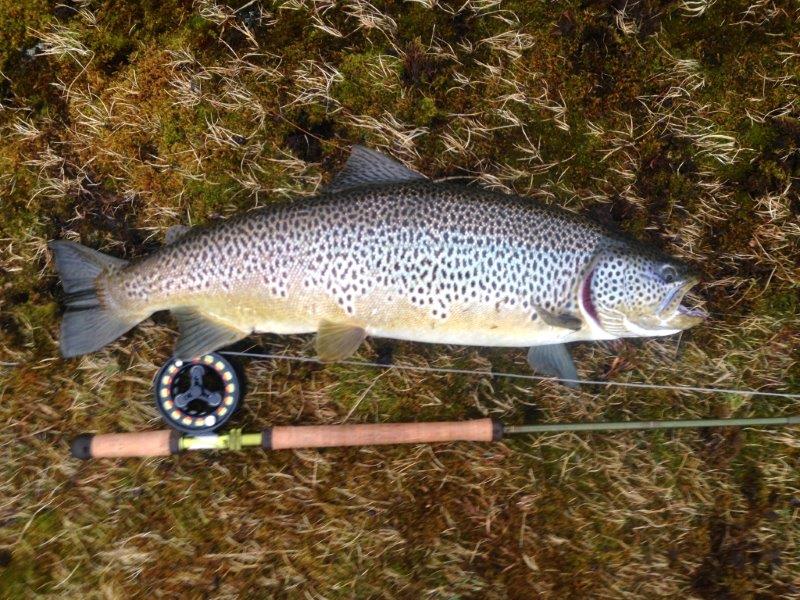 Here is one of 3 trouts Jens landed.