Lake Þingvallavatn has been great this season and fishermen been fishing very nice chars. Much better season than last two years. Fisherman Jakob Sindri had amazing day there yesterday when he catched a 87cm brown trout among with 55cm char.

Jakob Sindri and his friend Knut Paasche visited the lake Þingvellir yesterday with short notice. There was a lot of char swimming close to the bank but it wasn´t easy since the char was definately thinking about something else this time of year than biting the fishermens flies. After a while Jakob spotted a huge char rather deep, or that was what he thought.  He gave it a try and the fish took his fly with a power and swam away really fast and powerful. Jakob who was using rod #4 maneged though to land the fish and it was 87cm brown trout. After small rest, the huge trout swam away again into the deep water.

Here below are photos of Jakob with the brown trout and other of him with the char. What an adventure!  /photos: Knut Paasche 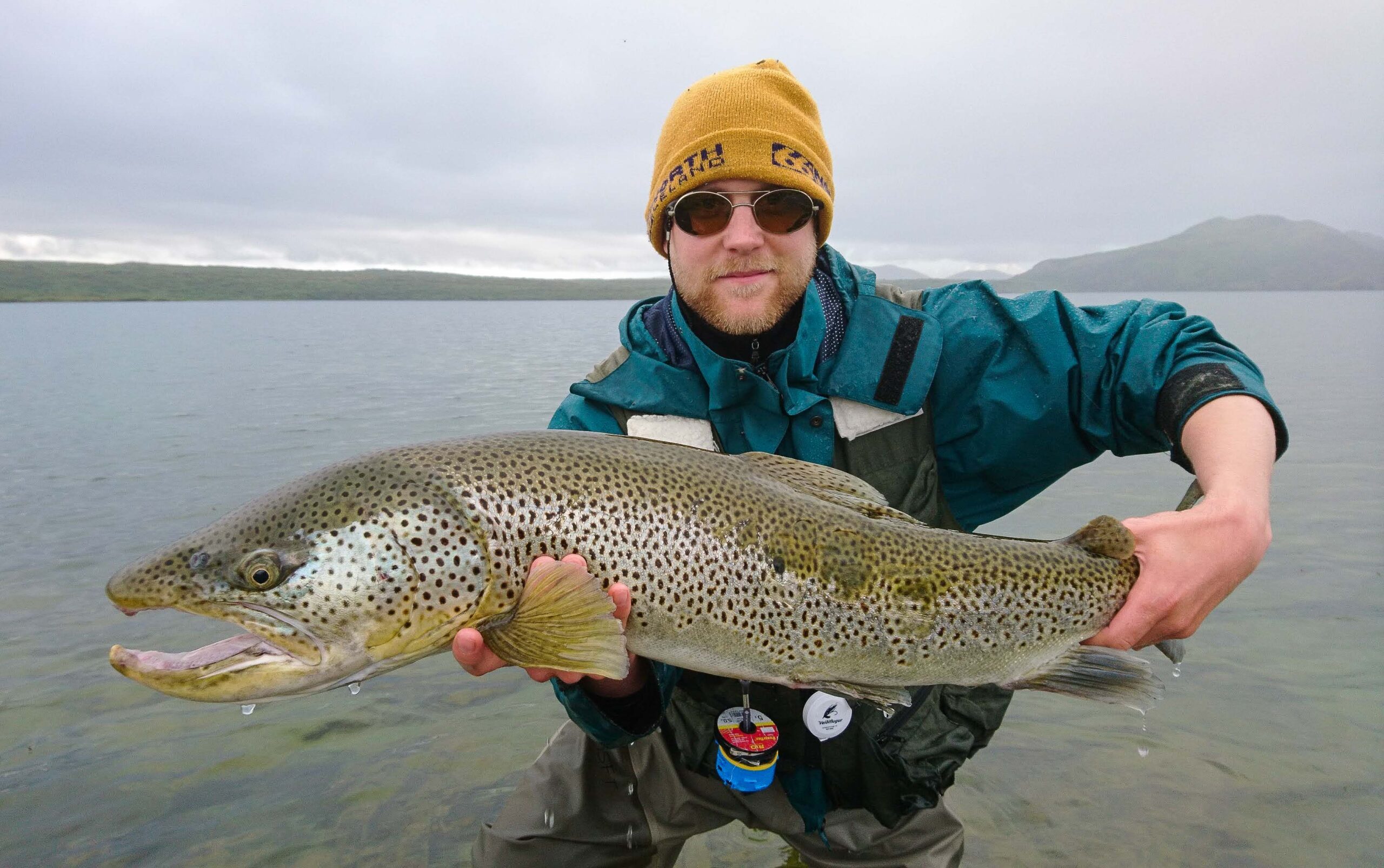 Jakob Sindri with the brown trout he landed on rod #4.

Jakob Sindri with 55cm char he got on spot called Vellankatla.